The Moxie Institute Institute began in 2006 as an independent film studio in San Francisco. Led by Director Tiffany Shlain, the filmmakers had four films premiere at Sundance, including the feature film Connected, which has been described by the New York Times as “Examining everything from the big bang to Twitter.” The U.S. State Department selected four of their films to screen at embassies around the world and foster dialogue between borders as part of the American Film Showcase. Their AOL Original hit series, The Future Starts Here, was nominated for an Emmy Award in the category New Approaches: Arts, Lifestyle & Culture, and has over 40 million views.

In 2013, Shlain and her team began an experiment in filmmaking they call Cloud Filmmaking, where they make films collaboratively with people all over the world. The success of this “Cloud Filmmaking” series led to the launching of their 501c3 nonprofit film studio, Let it Ripple. Let it Ripple is now the team’s primary film studio.

The Moxie Institute is now the home of Tiffany Shlain and Ken Goldberg’s speaking engagements, consulting work, and other film and art collaborations. 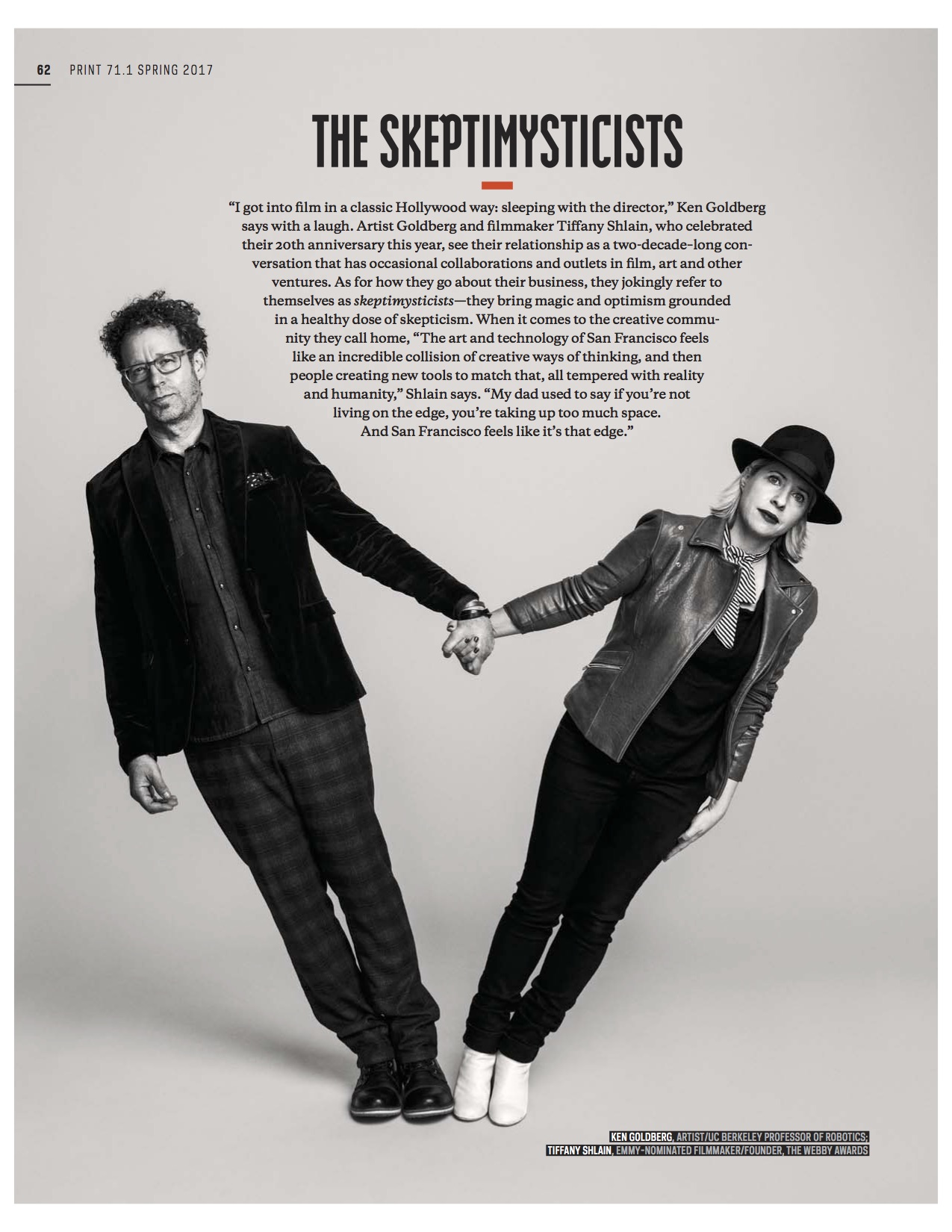