The Science of Character (8 mins) explores the neuroscience and social science that proves that we can shape who we are, and who we want to be in the world. The film is available with subtitles in Spanish, Chinese, French, German, Arabic, Hebrew, Hindi, Russian, and Swahili.

**The Science of Character was selected by the US State Department’s American Film Showcase to represent America at embassies abroad.

On September 13, 2017, join hundreds of thousands of people around the globe for the fourth annual Character Day — a free day and global initiative where school districts, organizations, families, and congregations of all sizes screen films on the science of character development from different perspectives, dive into free printed discussion materials catered to different ages, and join an online global conversation around the importance of developing character strengths (resilience, grit, empathy, courage, kindness)–all rooted in evidence-based research. Character Day is one day. The resources are available year-round. 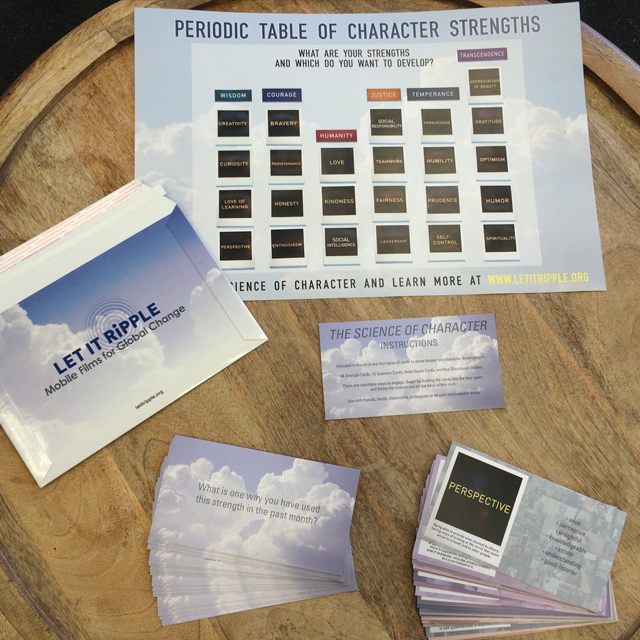 This film was inspired by the work of: