The Brain Portrait (2014): An art installation premiering March 14 at UCSF’s Sandler Neurosciences Center as part of the Mind Matters art exhibition. Watch a short clip about it here. 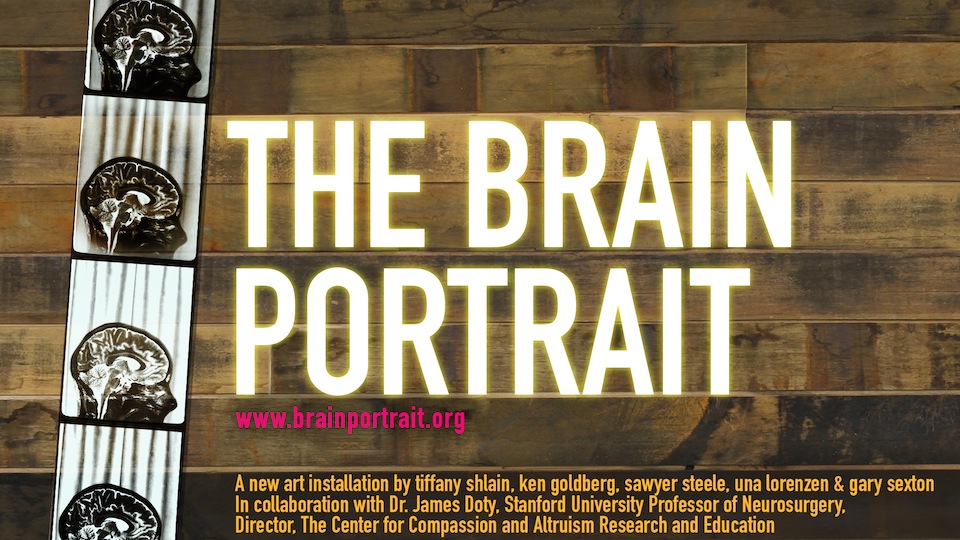 The Brain Portrait: How do the images around us affect our brains? How do they influence the ghost in the machine? In this exhibit, visitors will enter a photo booth and put on a portable brain scanner — a low resolution EEG that “uses sensors to tune into electrical signals produced by the brain.” They will then be shown film sequences of both compassion and violence. We will take the data from the scanner and create artistic interpretations of the patterns our brains experience for each. Visitors will leave with a unique photo strip from: The Brain Portrait. Read the press release. 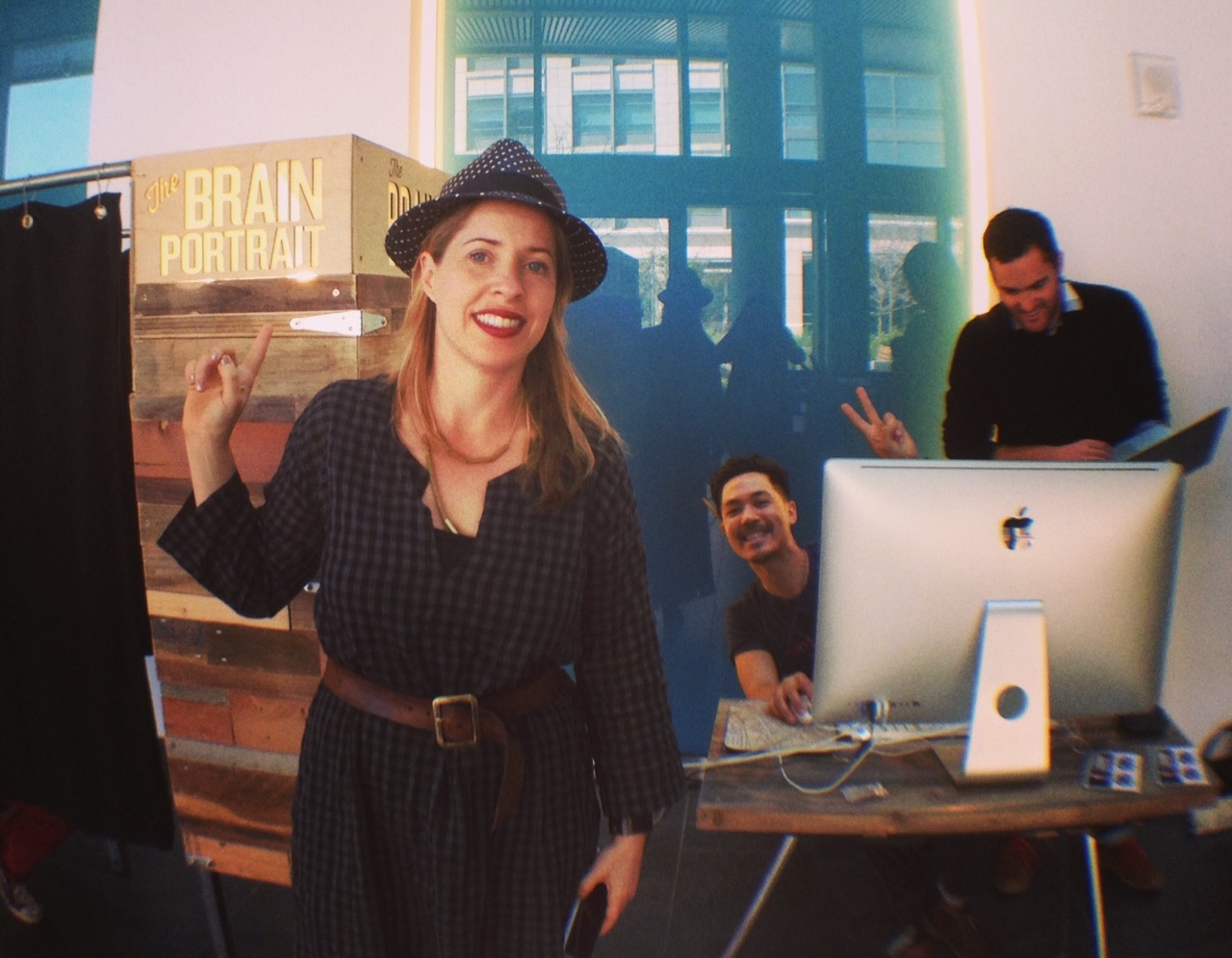 More about the show: “Mind Matters: Mapping the Human Mind through Neuroscience” is organized by the San Francisco Bay Area Chapter of the Society for Neuroscience in collaboration neuroscientists and area artists. Mind Matters is an interactive, visual and educational art exhibit. As an interdisciplinary exhibit at the intersection of arts, technology and science, it is designed to stimulate intense interactions between art and science, allowing each to follow its own route, from start to finish, in a rich and full-fledged manner, both artistically and scientifically. It comes to life as a fruit of the collaboration of small groups of artists and scientists—in many cases just duos or trios—working together. Find out more at mind-matters.org 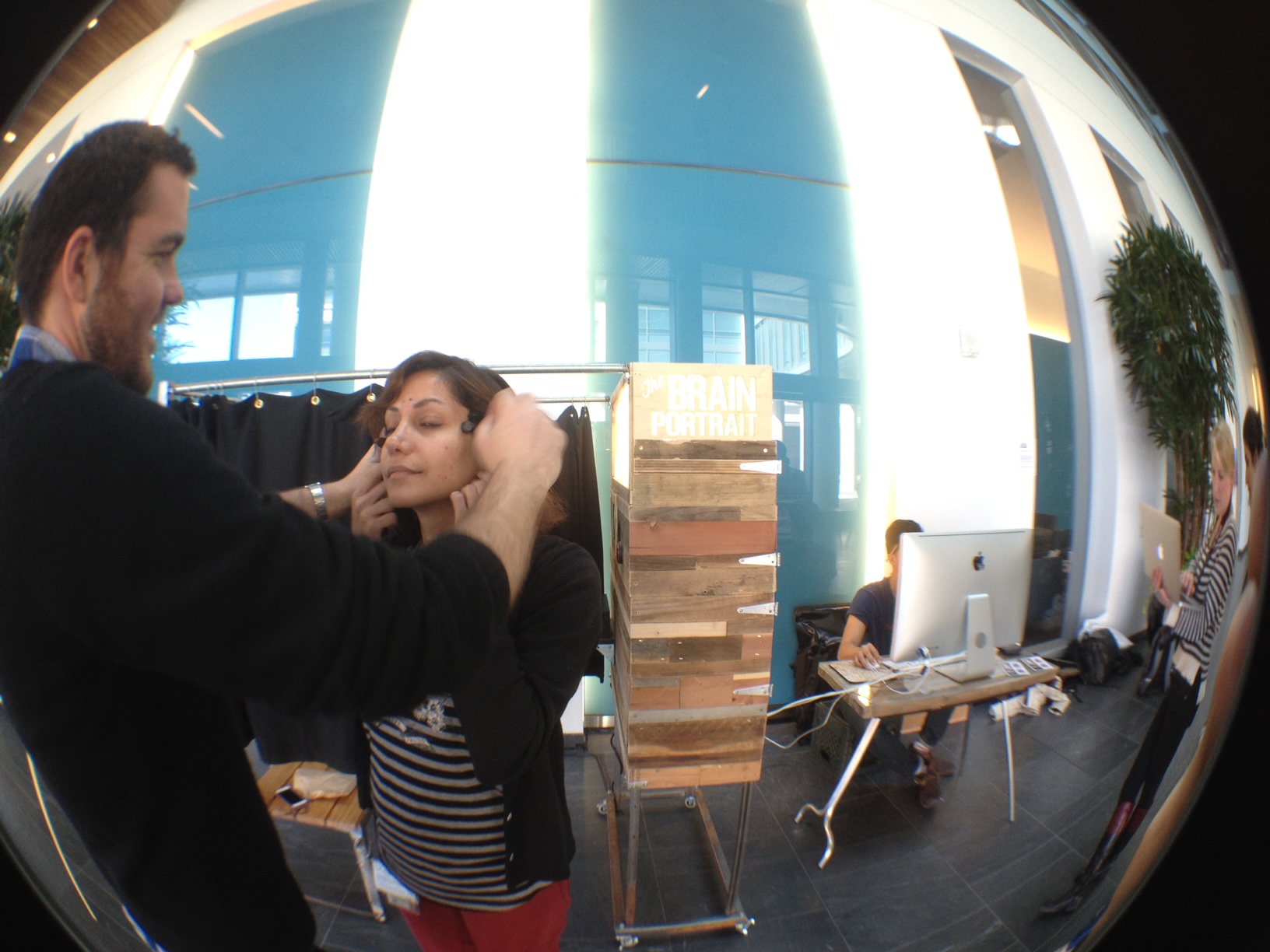 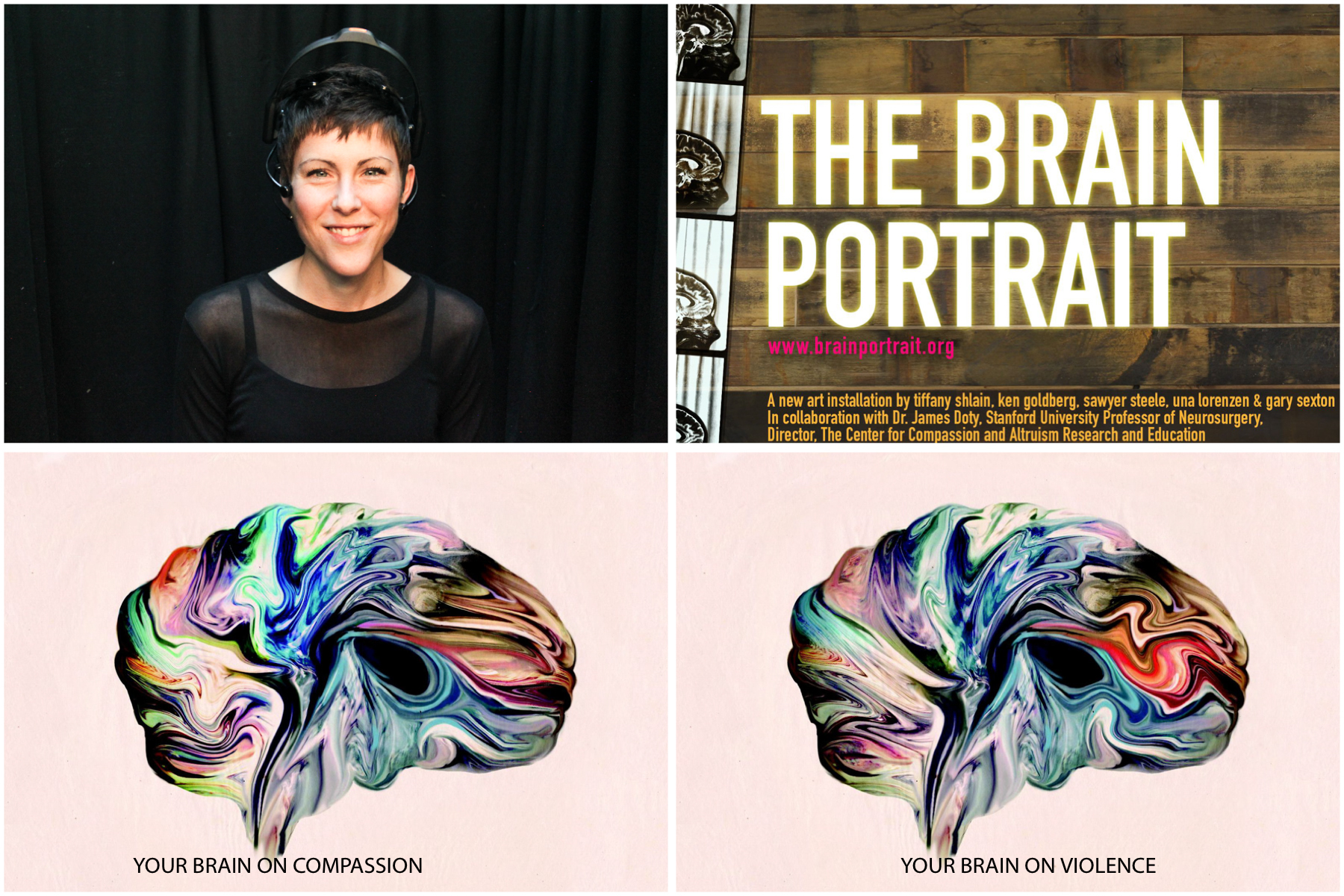 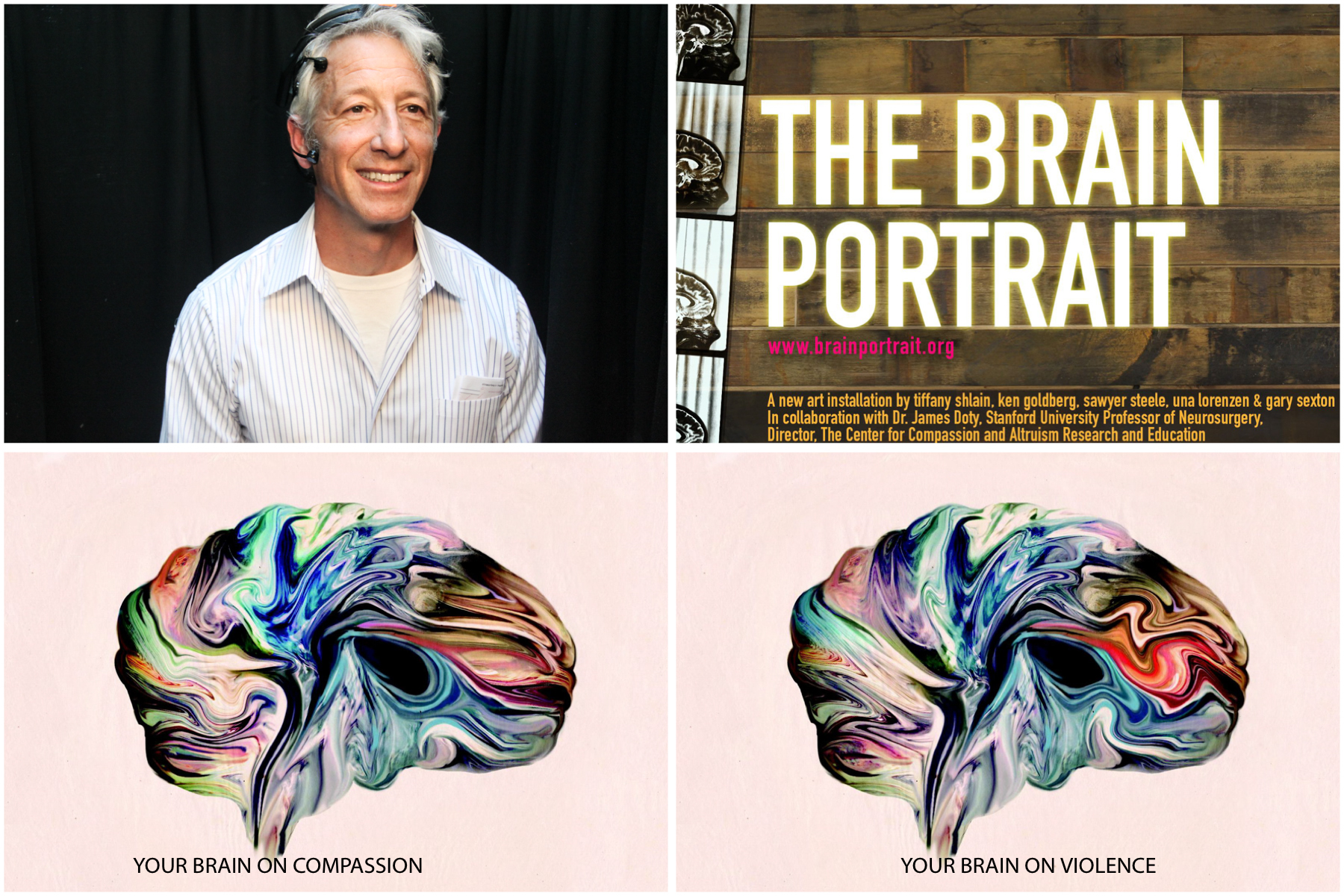 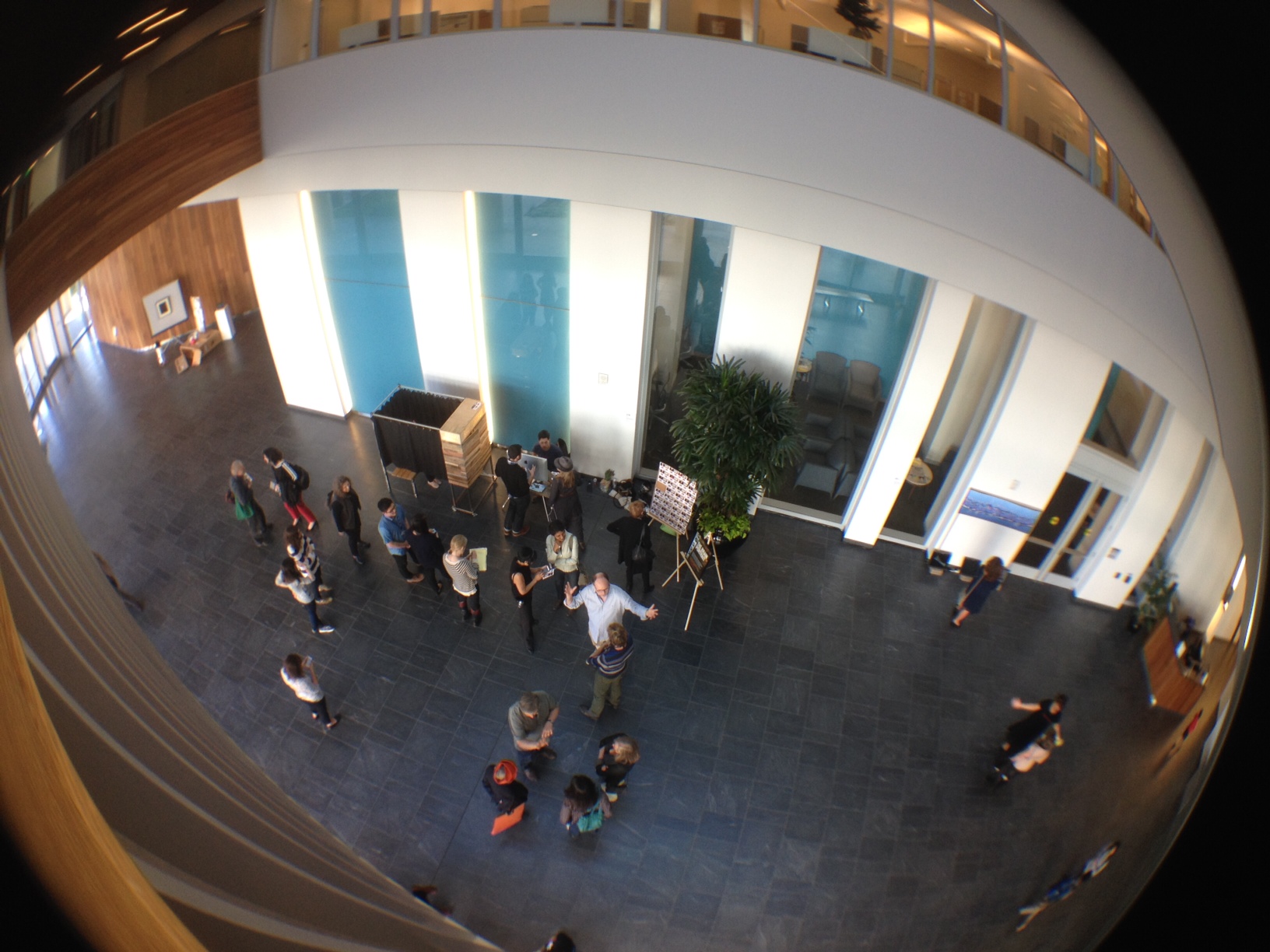 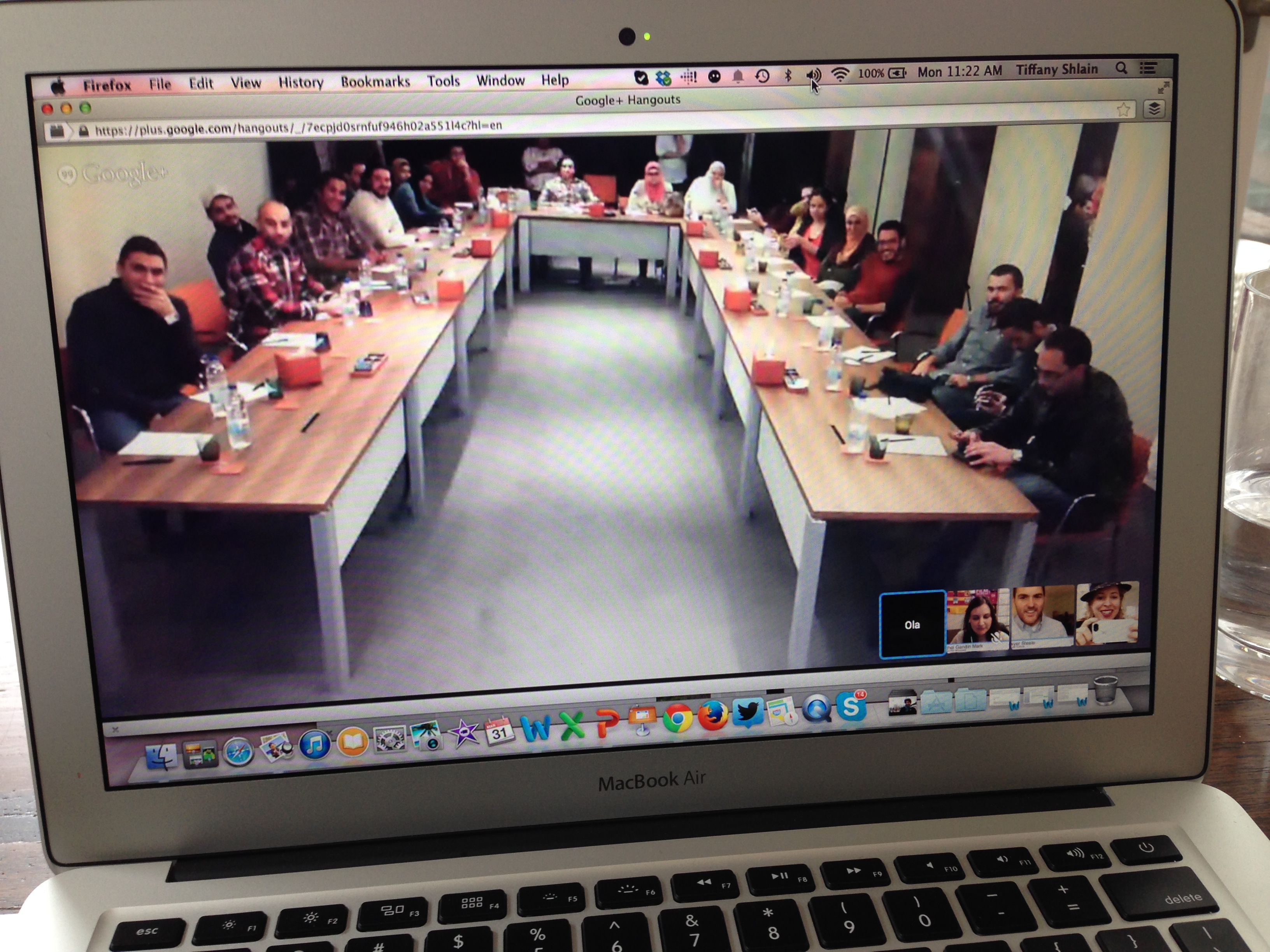 The American Film Showcase brings award-winning contemporary American documentaries to audiences around the world, offering a view of American society and culture as seen by independent documentary filmmakers. Funded by a grant from the State Department’s Bureau of Educational and Cultural Affairs and administered by the University of Southern California School of Cinematic Arts, the Showcase highlights the value of documentaries in fostering understanding and cooperation, dialogue and debate.

Tiffany has had her last three films selected for the showcase tour (Connected, Brain Power, The Science of Character), and is expanding the partnership this year with the addition of virtual Cloud Filmmaking salons. Learn more here.

Developed at UC Berkeley, “Opinion Space” is a new social media technology designed to help communities generate and exchange ideas about important issues and policies. A version of Opinion Space is being used by the U.S. State Department, where it has attracted thousands of participants from around the world to organize, visualize, and analyze constructive suggestions on foreign policy.

If not now, when? What’s your hurry? Why is this night different than all other nights? Are you experienced? When does life begin? Why do Jews always answer a question with a question? Do you feel lucky? Do you love me? Are you Jewish? What, me worry? 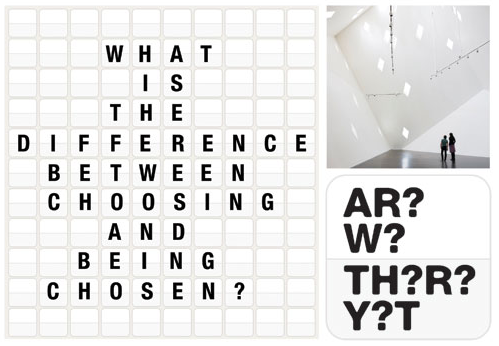 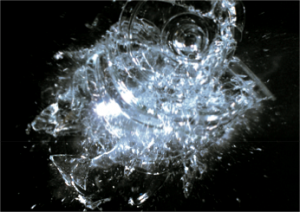 Smashing is an interactive new media installation where motion triggers audio and video. Visitors are invited to make a silent vow and then to stomp on a floor plate. The impact triggers a projected slow-motion video of breaking glass accompanied by a musical track that responds to the quality of each impact.

Shattered glass has punctuated crises and transformations through history and across cultures from Kristallnacht to the Watts Riots to the breaking of a glass at the conclusion of the Jewish wedding ceremony.

Smashing debuted on opening night of the Contemporary Jewish Museum in San Francisco on June 7, 2008. It was exhibited at the Pulse NY Contemporary Art Fair, in New York on March 5-8, 2009. The first edition was acquired by 21C, the contemporary art museum in Louisville, Kentucky supported by Laura Lee Brown and Steve Wilson.

Edition of 3. Represented by the Catharine Clark Gallery, SF, CA

Watch video highlights from the premiere

As part of our mandate to aggregate and share knowledge about the Internet, film, and social change, The Moxie Institute has conducted two summits to bring together mavericks in film, the Internet, finance and social change to look at the intersections of these worlds. The first gathering took place in San Francisco in November 2006 in partnership with Adam Werbach, former president of the Sierra Club and founder of Ironweed Films & Act Now Productions. The second gathering took place at the Sundance Film Festival in January 2007.

The Moxie Institute is involved in the planning of a third event, a conference called The Conversation, in partnership with Scott Kirsner and the The Berkeley Center for New Media at UC Berkeley, scheduled for Oct 17 & 18th, 2008. The goal of the 250-attendee conference is to investigate the intersection between film, media and social change and how the rules are changing as a result of the Internet. We hope to share the ideas and form bridges with leaders in the respective industries to achieve better social returns. We will publish our findings in papers and on our website. Read the Conference Report

Lincoln Schatz: 2007 / generative video work (2007): Ken Goldberg, Tiffany Shlain Cube Portrait, spent an hour in the Cube building a structure with books from their library, reading, and having a snack with their daughter Odessa Goldberg.

The Telegarden (2010): The TeleGarden is an art installation that allows web users to view and interact with a remote garden filled with living plants. Members can plant, water, and monitor the progress of seedlings via the tender movements of an industrial robot arm.