Emmy-nominated filmmaker, speaker, and Webby Awards Founder Tiffany Shlain has received over 80 awards and distinctions for her films and work, including inclusion in the Albert Einstein Foundation’s upcoming book Genius: 100 Visions for the Future, being on NPR’s list of Best Commencement Speeches and by Newsweek as “one of the women shaping the 21st Century.” She is also co-founder of 50/50 Day, Character Day and The International Academy of Digital Arts & Sciences.

She has premiered four films at Sundance, including her acclaimed feature documentary Connected: An Autobiography about Love, Death & Technology, which The New York Times hailed as “high-tech Terry Gilliam,” and “Examining Everything From the Big Bang to Twitter.” The US State Department has also selected four of Shlain’s films including Connected to represent the U.S. at embassies around the world for their American Film Showcase and she will serve as a film expert for selected envoys in 2017.

Tiffany’s recent film 50/50: Rethinking the Past, Present, and Future of Women + Power, premiered live at TEDWomen, at 275 TEDx’s globally, and on Refinery29. It was the centerpiece film for first annual 50/50 Day which had over 11,000 screenings around the globe all linked together in an online discussion about what it’s going to take to get to a more gender balanced world.  There is currently an art exhibit based on her film 50/50 at the Leonardo Da Vinci Museum. Her film & art installation “The Whole Cinemagillah,” recently had an exhibit at The National Museum of American Jewish History.

Tiffany’s original series, The Future Starts Here was nominated for an Emmy Award in New Approaches: Arts, Lifestyle, Culture and has over 40 million views to date. Shlain’s films employ her signature style of fast-paced images, colorful animations, deep scientific research and daring and funny insights to encourage us all to think about where we’re headed in our increasingly connected world. Her whole list of films can be seen here.

Tiffany is a world-renowned speaker and has been spoken at Google, Harvard, NASA, and was the closing speaker for TEDWomen and TEDMED. Tiffany was the on-air Internet expert on ABC’s Good Morning America with Diane Sawyer, is a Henry Crown Fellow of The Aspen Institute, an advisor to The Institute for the Future, and was invited to advise then Secretary of State Hillary Clinton about the Internet and technology. She currently serves on the Leadership Board of The Center on Media and Child Health at Harvard’s Boston Children’s Hospital. She has contributed articles for Harvard Business Review, Documentary Magazine and was listed by Indiewire & FastCompany for her writing on twitter. TED Conferences published her first book, Brain Power: From Neurons to Networks, and she has been writing a quarterly newsletter about ideas and culture since 1998 called Breakfast @ Tiffany’s. Tiffany runs the Let it Ripple film studio in San Francisco where they make films and create global days around subjects shaping our lives. Their global initiative Character Day features films on character development (including her films The Science of Character, The Making of a Mensch & The Adaptable Mind) had over 130,000 screening events in 125 countries and all 50 states for their 4th Annual event this September. Character Day 2018 will be on Sept 26th. The second Annual 50/50 Day will be April 26th, 2018. Her films have been translated into multiple languages and had over 50 million views. Tiffany and her team have received grants from from organizations including The John Templeton Foundation, Steven Spielberg’s Righteous Person’s Foundation and The Jim Joseph Foundation.

She lives in Northern California with her husband and collaborator Ken Goldberg (an artist & professor of robotics at UC Berkeley) and their two daughters Odessa & Blooma. Her films and work often wrestle with the good, the bad and the potential of technology. She and her family are on their 8th year unplugging each week for 24 hours as part of their “technology shabbats,” which she has written about, given talks about and explores in many of her films.

Tiffany Shlain keynotes and speaks around the world at a wide range of events. If you’re interested in having Tiffany speak about her upcoming book 24/6: The Power of Unplugging One Day a Week, please contact Erin Simpson at erin.simpson@simonandschuster.com.

If you’re interested in having Tiffany speak about her films, Character Day, 50/50 Day, or other Let it Ripple work, please contact Sawyer Steele at sawyer@letitripple.org.

Included on NPR’s list of “Best Commencement Speeches, Ever” and named one of Newsweek’s “Women Shaping the 21st Century,” Tiffany Shlain is a dynamic speaker known for her visually stimulating, big picture, provocative, inspiring, and engagingly funny keynotes. With moving images from her films in the background, Tiffany brings audiences on a ride that will make them think, laugh, connect, and be inspired to think in new ways.

The Museum of Modern Art in New York is premiering

This live cinematic essay performance takes the audience on a journey across the past, present, and future of the relationship between humanity and technology. Incorporating live narration, moving images, original animations, an evocative soundscape, and audience engagement, Dear Human invites the audience to investigate how technology both amplifies and amputates our humanity and how to make sure we stay human in this 24/7 culture. 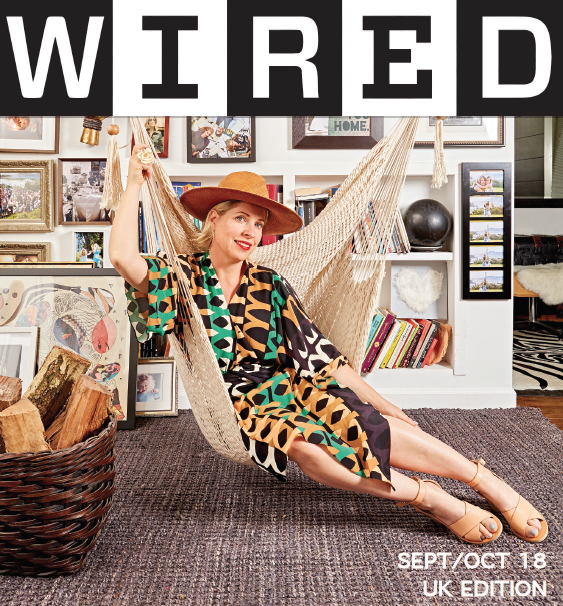 CNN.com: “The full history of women’s leadership hasn’t been told”
LinkedIn: “30,000 Days”
Inclusion in Genius:100 Visions of the Future (Release Spring 2018)
Upcoming book The Good Fight – Chapter “Getting To 50/50” (Release Nov 2017)
LinkedIn: “What’s The World Asking of us Right Now?”
LinkedIn: “The Sublime Space Between Here & There: Business Travel in the 21st Century”
LinkedIn: “Let’s Talk About Getting to 50/50”
LinkedIn: “Can Cultivating Character Restore Us to Sanity?”
CNET: “Celebrating 20 Years of Tech”
Harvard Business Review: “Tech’s Best Feature: The Off Switch”
Harvard Business Review: “How the Internet is Shaping Our “Global Brain”